Arquitect Contract was born from the merger of the professionalism of two passionate Italian architects and designers. 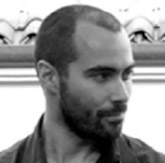 Luca Biancoviso was born in Vicenza in 1975; in 2001 gets his Uiversity Degree in Architecture at the IUAV University of Venice with a thesis on the reuse of a former industrial area. Since the university years he has been collaborating with many Architecture Studioes and after his graduation he has been working as an architect at an Engineering Company. In 2004 began working as a freelance professional doing restoration works and architectural design, besides temporary architectures and stand design in Italy and abroad. From 2008 to 2011 he curates four traveling architecture exhibitions about Oscar Niemeyer, the last of which is the retrospective exhibition of the Italian works of the Master, inn occasion of the inauguration of the Auditorium Oscar Niemeyer in Ravello, Italy. Arquitect Contract is an architectural office and general contractor specialized in temporary architecture, sets, interior design and representation of the corporate image of national and international brands. 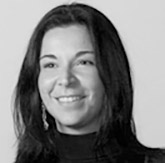 Carlotta La Jacona, born in Vicenza in 1975, in 2001 he graduated in Architecture at Università IUAV di Venezia with a thesis of architectural redevelopment of an abandoned area. After graduation, she started working with Architectural Studioes as a free-lance designer developing interiors designs and home designs, as well as renovations and home refurbishments. Since 2007 she began a new phase of her career by joining the Technical Office of one of the most important Italian companies for exhibition design and booths, in which she deals with the design and executive drawings of exhibit stands, booth design and exhibitions in Italy and in Europe. In the four years 2008-2011 she collaborates together with Luca Biancoviso to the realization of the four exhibitions on architectures by Oscar Niemeyer.
For Arquitect Contract she is responsible for the design and shipbuilding.